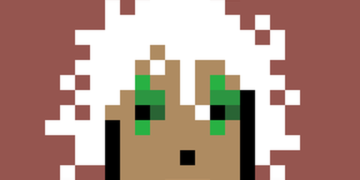 What’s the most expensive NFT ever sold? It depends. Officially, it’s Beeple’s Everydays, a collage of digital art that sold at Christie’s auction for $69 million. Then there’s the case of an NFT that sold for $532 million in October. As is often the case with NFTs and cryptocurrency though, it’s complicated.

The NFT in question is a CryptoPunk, part a set of 10,000 NFTs that are some of the first to ever be created. Being the OG NFT collection, these are costly. They usually sell for between $350,000 and $500,000, though some fetch millions.

Get the CNET Culture newsletter

Whoever is behind this particular transaction, however, they bought the Cryptopunk from themselves. Like cryptocurrency, NFTs are held in digital wallets. There’s no limit to how many wallets one person can create. This person transferred the NFT from Wallet A to Wallet B. Then, Wallet C bought the NFT for $532 million from Wallet B — and immediately transferred it back to Wallet A.

Why use three wallets instead of just simply selling it from one wallet to another? It’s because the buyer didn’t pay for the transaction himself but instead was loaned the money from others via a “flash loan.” Flash loans are a complicated decentralized finance tool, but the gist of it is they allow you to loan huge sums of cryptocurrency only if the criteria of a smart contract are met. Imagine if you would buying a $1 million house using a loan, but only if you already had another buyer lined up, who was willing to pay enough for you to make a profit and pay back interest from the lenders. This person did that, except he was both the buyer and the seller.

NFTs, am I right?

Twitter and Discord, the platforms where most NFT discourse happens, quickly discovered the sale and speculated on the motives behind it. The smoke consensus is that it was a publicity stunt, with the owner probably trying to drive up the price of his CryptoPunk.

There are broadly two types of art NFTs. One type is a one-of-its-kind, where an artist creates a piece of digital art and then sells it, just like what happens in real-world art sales. Then there are NFT collections, like Cryptopunks. These are when artists and developers create many — usually 10,000 — NFTs that have the same template with different characteristics. The Bored Ape Yacht Club, for instance, features 10,000 apes all wearing different articles of clothing, with different backgrounds and facial expressions. The rarer the properties, the more valuable the NFT — think Pokemon cards. In the case of Bored Apes, the “floor” price is $190,000 but rare ones sometimes sell for millions. (An auction of 101 recently went for $24 million.)

CryptoPunks is considered the original NFT collection, starting in 2017 when much of the world was just beginning its infatuation with Bitcoin. The highest legitimate sale for a CryptoPunk is $11.7 million.