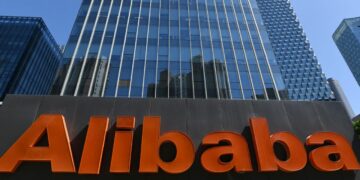 Alibaba Stock Hits 4-Year Low. Goldman Sachs Maps Out How It Can Rise – Or Fall.

Alibaba Stock Hits 4-Year Low. Goldman Sachs Maps Out How It Can Rise – Or Fall.

stock hit its lowest level in more than four years Monday, as Wall Street’s re-evaluation of the company continued with analysts at Goldman Sachs removing the shares from its Conviction List and trimming their price target.

A team led by Piyush Mubayi at the U.S. investment bank removed Alibaba stock from its Conviction List but ultimately maintained a Buy rating on the shares. It cut its price target by 15% to $215 from $252. With the shares trading hands below $132—their lowest level since June 2017—that still implies a 63% upside.

Goldman Sachs is just the latest financial institution to re-evaluate Alibaba. The company has been under pressure for much of 2021 amid a wider regulatory crackdown on the Chinese technology sector, though some experts say the worst is now likely over.

More recently, poor quarterly earnings triggered a wave of re-ratings, with many analysts taking a dimmer view of the group even as there remain core reasons to be bullish. Crucially, it looks like growth is slowing at the company: Alibaba missed sales and earnings expectations in the last quarter, cut its outlook for the full year, and revealed just how badly profits were pinched by eroding margins.

Goldman Sachs’ research, published Monday, highlights many of these issues. But the bank is in sync with much of the rest of Wall Street in continuing to smile on the company even as the outlook isn’t as bright as it once was.

“At the time when retail spending slows down and competitive intensity levels up, Alibaba has been increasing its investments on both defensive-offensive strategies to acquire new users, build multiple traffic sources, and in the shorter term raise merchant subsidies to retain merchants,” Mubayi’s team said.

“In the interim we expect the aggressive buybacks to continue and the investment portfolio to be revisited, and believe the negatives have been priced,” they added. “We are optimistic that Alibaba can expand total addressable market and drive continuous value-add for merchants and consumers in the long run driven by three strategic pillars.”

Those three pillars are increased domestic consumption, with Alibaba on track to reach its goal of 1 billion Chinese annual active customers in 2022, according to Goldman Sachs, as well as growth in cloud computing and in international commerce.

In all, Goldman Sachs remains optimistic about Alibaba, despite the removal from its Conviction List and price target cut. But Mubayi’s team also identifies four key risks to the stock.